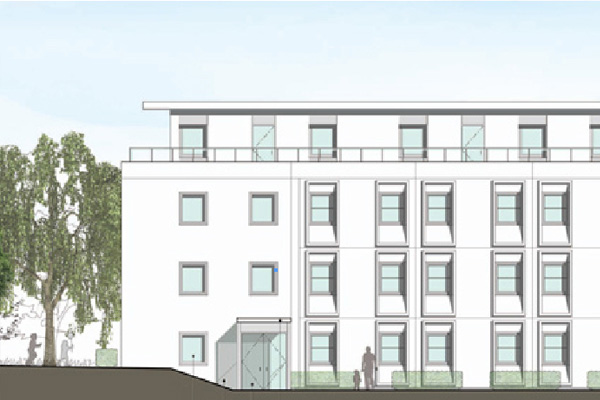 Chief executive Mark Emlick set the ambitious target for the next two decades after receiving acclaim for the company’s initial projects in the affordable housing sector. An ambitious aim for Consensus Capital 3500 affordable homes target.

A recent affordable housing project in Edinburgh to convert a former office block was a finalised for a prestigious award. The redevelopment of Craigievar House into 44 flats and was shortlisted for the Scottish Home Awards 2016, which showcases property excellence.

Work at Craigievar is one of many similar registered social landlord schemes. Over a period of 20 years Consensus aims to provide 3,450 residential units with retail, commercial, education and transport links – with most in Scotland.

The Craigievar project was developed by Consensus Capital for Places for People. It has helped reenergise an area of west Edinburgh, bringing an empty block back to use.

The tasteful and sympathetic renovation has created a series of one and two bedroom apartments with parking from the restructured office block and new build construction.

The redundant three storey office block with white concrete panels had become an eyesore before Emlick moved to regenerate it with timber clad sections and modern designs. The development has proved a popular addition to the area which is five miles from the city centre. All the apartments have now been occupied.

Another project in central Edinburgh has created 48 affordable homes, consisting of a mixture of one, two and three bedroom homes. The development was completed in 2014 and provides a mixture of 30 social and 18 mid-market rental properties, in the old Horizon Building in Lochend.

Commenting on the ambitious “Consensus Capital 3500 affordable homes target” across Scotland, Mark Emlick said, “We are extremely proud of what we have achieved so far and have more projects in the pipeline.”